I grew up in the country in West Texas on a cattle ranch.  Every fall, we were besieged by would-be hunters who wanted a free place to enjoy their sport.  My father was constantly heading off trespassers who claimed to have permission from the owner to hunt.  Well, my father was the only one who could grant permission, and seldom did he allow anyone access to the land.

One particular day, he was hounded by phone calls of people wanting to pay us a visit.  To each person the answer was the same—no.  Well, around 2 o'clock that afternoon, we came across a vehicle parked in the middle of a ranch road, about 2 miles from our house.  My father fought his temper and decided that he should try a more diplomatic response in order to impress on the hunters the importance of integrity and honesty.

He pried off their hubcaps and removed all the lug-nuts, save one, on each of the tires.  With the lug-nuts gone, the vehicle couldn’t be driven anywhere, as the wheels would come off.  He then wrote a note to the owner that said, “If you want your lug-nuts back, you can find them at the house.”  He then drew a map where “X” marked the spot.

Three hours later, an angry and weary mob of four was making their way down the long dirt road to our home.  My father was waiting for them on the porch—and in the shade—I might add.  By the time the rag tag hunters walked all day hunting and then walked another two miles in the heat… well, they were nearly exhausted.  They had worked themselves into a lather with anger and threats of what they would do to that “so in so, what stole our lugs...”  They were so worn down by the time they reached us that most of the starch had been taken out of their shirts.

Oh, they were mad all right, but one look from my father told them all they needed to know—now’s not the time to start something. 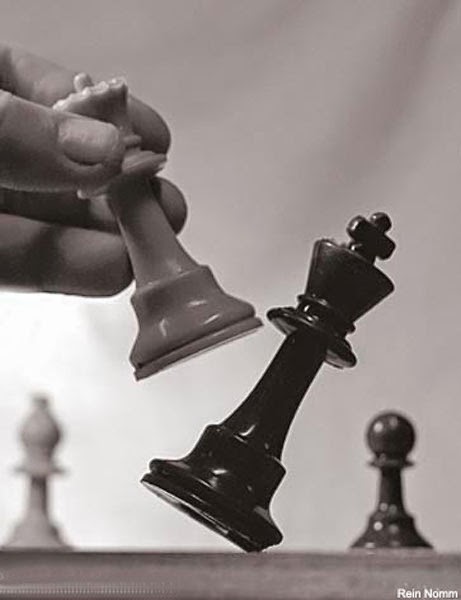 He’d backed them into a corner and won the battle long before it ever began.  If we had waited there by that vehicle in the pasture, then we were in for a show down.  He taught me that patience and creative discipline could outsmart brawn and anger.  Those men had to apologize to my father before he would return their lug-nuts.  If they didn’t cooperate with him, then they faced a much longer 17 mile walk to the nearest town.  The story got out about the walking hunters and we started getting fewer inquiries about hunting.

It seems the master plan was indeed borne from a master.
Posted by Travis at 9:49 AM 2 comments:

D-Day, A View From The Section 8 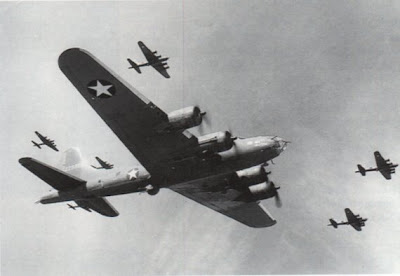 On June 1, 2008, as the summer heat pressed into the windows in Snyder, Texas, I sat interviewing George Pruitt, a former Ball Turret Gunner aboard a B-17D Bomber, who was stationed in England during his tour of duty in World War II. The Ball Turret is the small bubble located on the belly of the B-17D Bomber, AKA "Flying Fortress."

A native of Ardmore, Oklahoma, George had been working with the Civilian Conservation Corps, otherwise known as the CCC, when he heard the news about the Japanese bombing Pearl Harbor. “I had been working in Wyoming and was headed back home when our bus stopped at a hole-in-the-wall diner in Denver, Colorado for lunch. We heard the news broadcast announce the attack. The next day, I joined the Army Air Corps.”

George didn’t wait to be drafted. “No, I knew what I had to do immediately. My brother joined on the same day, but neither of us knew it.” I asked him if he was worried about joining the war, but he smiled and replied, “No, we knew we were going to win before we ever left.”

But leaving took a while. First, he had to endure basic training at Randolph Field in San Antonio, Texas. From there, he attended a series of schools from South Dakota to Pyote, Texas training him how to be a gunner and how to function as a bombardier. He recalled flying over Carlsbad, New Mexico, where they dropped dummy bombs on targets carved out of the dessert for just such a purpose. (These targets can still be seen in Carlsbad, and dummy bomb made from concrete is occasionally unearthed on these sites.)

Once his training was complete, he was assigned to the 452nd Bomb Group/729th Bomb Squadron, and he and his combat crew flew to England and made a home at Deopham Green, just outside of Attleborough in Norfolk. Once they were settled, the flight engineer, Richard J. Walsh, suggested they name their plane, “Section 8”, which was heartily agreed upon. Walsh even managed to get an eight ball painted on the plane. Of course, most Americans will recognize the military term, section 8, which references a discharge based on an assessment of being psychologically unfit or possessing character traits which made one unfit for duty. They figured they were crazy to get in a plane and fly over Germany. Lt. Paul E. Suckow was the pilot for plane #42-31784. Section 8 was now in service.

Throughout the course of a year, the crew of the Section 8 flew 30 missions, which was required of each crew before they could be returned stateside. They had their share of harrowing experiences during their tour of duty. George recalled one instance when a German fighter, was making a sweeping run at them from their right. He began firing at the plane and hit it when it was only 400 yards away. “He’d have gotten us if I hadn’t shot him first,” he recalled, with a distant glance into the past, a tribute to his memory.

And he hadn’t forgotten when the Section 8 was shot down near the end of their tour. “We knew we were going down immediately. They hit the engine and it was all over. We had to ditch the plane into the English Channel. I watched as that plane hit the water and I will never forget how the water flooded over it so quickly.” The crew managed to parachute to temporary safety and they didn’t loose any crew members in that incident. “We were floating in the Channel for about an hour and a half when the shore patrol picked us up. I’ve never been so glad to see a boat in all my life.” George recalled with a smile, “We were given a ditching citation and we immediately became members of the Gold Fish Club.” Their final mission occurred on D-Day. “We left early that morning. I think it was around 2 AM or so. But we were over Normandy just after the sun came up. We bombed several structures and some barracks, and we swept the Germans with our machine guns.”

Of course, their excitement wasn’t limited to their missions in the air. “One night, the RAF (Royal Air Force) shot up our barracks and made us mad. They said it was an accident, but man, what an accident.” Fortunately, no one was hurt. “No, it was mostly just a nuisance.”
Perhaps the most interesting occurrence for George was when he was on leave and was hitchhiking back to the airfield. “We hitched a ride everywhere we went. One day, I was hitching a ride and was surprised to open the door and see Queen Elizabeth. Of course, she was still a princess then, but she was very nice and we chatted for several minutes until they dropped me off.”

The Queen wasn’t the only high profile figures he encountered overseas. “Once, I met both Doris Day and Betty Grabble when they came through doing a tour. I think meeting Doris Day was the best part of my being there.”

After his part was played, George and the crew returned stateside and cheered on the boys who continued the fight. “Those were different days. Everyone knew what their part was, and everyone did what was expected of them. None of us complained; we just did what we had to do.” Once back in the States, George met Martha in Fort Worth, Texas, who was working at piecing together planes for the war cause. “She was my ‘Rosie Riveter’, and I knew I better marry her if I knew what was good for me.” Then, after a scowl from Martha, he winked at me and clarified. "She wasn't Rosie Riveter; she was much prettier." (Martha wanted clarification that she was never, ever a riveter. I think George had a way of teasing his wife, right up to the very end.)

The Pruitts were happily married for more than 60 years, and resided in Hamlin, Texas for most of those years. George died shortly after this interview, and Martha now lives in Snyder, Texas, where she is continually surrounded by family. I count it an honor to have an opportunity to sit in the presence of such great men as George Pruitt. Without the contribution those men and women made, we’d be drinking French wine with German labels, and the maps would be drawn differently than they are currently.

Thank you, George, for the sacrifice you were willing to make in order to guarantee our freedoms. May God richly bless you and your family.

Part II of George's story taken from his personal journal .
Posted by Travis at 8:41 AM 8 comments: